10:00am Sunday Services via Zoom – email officemanager@uudanbury.org for link

January Services – One Service via Zoom at 10am Sunday
Email officemanager@uudanbury.org for Zoom link

Sunday, January 2nd
Beginning…Again: A Service of Meditation and Poetry for the New Year
This lay-led service with Deb Casey coordinating, will be filled with many wonderful voices from the congregation sharing beautiful poetry and thoughtful meditations, along with lovely music from Jerry Phelps.

Sunday, January 9th
Life is a Paradox Rev. Dr. Kathleen A. Rudoff
A paradox can be defined as a seemingly absurd statement that when explained may prove to be true. Much of life came seem like a paradox! So what do we do when people are illogical, unreasonable, and self-centered? We love them anyway. We do what we know to be true and good, even in the midst of paradox.

Sunday, January 16th
Which King are We Celebrating in 2022? Rev. Qiyamah Rahman
Dr. Martin Luther King, Jr. grew and evolved over his lifetime. The man that delivered his first major speech at the Montgomery Bus Boycott on December 5, 1955, was not the same man that delivered his last speech on April 3, 1968. While the nation tends to focus on Dr. King’s earlier years, in later years he also spoke out against capitalism and militarism. Which King are we Unitarian Universalists celebrating in 2022? What would he have to say to us? What would Dr. King do in 2022? 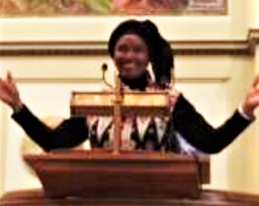 Rev. Qiyamah resides in St. Croix, Virgin Islands, where she works with the Virgin Islands Domestic Violence and Sexual Assault Council. She served as the first Black female District Executive with the Unitarian Universalist Association and the Southeast Region. She was ordained and fellowshipped in 2007. She has contributed to several UU anthologies published by Skinner House Books and is currently working on an anthology on the Presence of Black Clergy Women in UUism.

Sunday, January 23rd
The Other U Rev. Dr. Kathleen A. Rudoff
This congregation was founded in 1822 as the First Universalist Society of Danbury. It was not Unitarian. We often forget about our Universalist heritage and the importance of that “other U”. Let’s rediscover it together.

Sunday, January 30th
Restoring Faith, Restoring Justice Rev. Paul Langston
Restorative Practices are finding their way into popular culture and they can offer us solid tools and skills for addressing all kinds of conflict. We honor these practices, grounded in indigenous cultures, and explore how they have been adapted to address various kinds of harm or breaches of covenant. With restorative practices, we learn that when we place relationships at the center, a new way can be found. 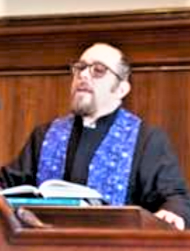 Rev. Paul Langston-Daley was ordained as a Unitarian Universalist minister in 1997. He has served congregations in seven states; both large and small, as settled, interim, consulting and contract minister. He holds a Master’s Degree in Restorative Practices and Youth Counseling from the International Institute for Restorative Practices and an MDiv. from Andover Newtown Theological School. He has a background in organizing, social justice work, and introducing restorative practices to congregations in conflict. Rev. Paul is a transgender man living in New Bedford Massachusetts.